A series of blogs about interior design and other things that capture my imagination.

A Condensed History of Wallpaper

When looking at the wallpaper in a cheap Parisian hotel Oscar Wilde declaimed “One or other of us has to go.”  The marmite of the decorating world, wallpaper divides people as no other décor does.  Being ephemeral in nature, the style, design, and texture of wallpaper can quickly go out of fashion and therefore do not survive the vagaries of taste – small samples often being the only trace of a once-beloved and fashionable piece of wall art.

It is said that wallpaper was invented by the Chinese starting in the Qui dynasty with painted rice paper.  Later a court official by the name of Tsai Lun or Cai Lun in 105BC refined the ‘paper’ using a mixture of mulberry bark, bamboo fibers, linen, and hemp, which gave a smoother finish for hand painting their exquisite designs.  By the 12th Century, word of these artworks spread West along the trade routes, specifically the Silk Road along with the skills to reproduce it.

The earliest surviving documented fragment of European wallpaper is found at Christ’s College, Cambridge, dated around 1509. Replicating textile design and block printed, it has a damask style design, much copied by Italian and Spanish textiles. By 1599 the first guild of dominotiers – makers of wallpaper were created in France.  Which with the invention of the first wallpaper printing machine became the epicenter for high quality, expensive papers for the aristocracy.

Flocked wallpaper, dates to 1680, and was used as a cheap substitute for cut velvet.  The patterns of glue sprinkled with wool shearings, allowing richly coloured and covered walls at a lesser price than velvet.

The love affair with all things Chinese held true in the West, especially with their beautiful block print wallpaper,   1752 examples at Ightham Mote and Fellbrigg, the printing so well done that it was assumed to have been hand-painted.  Beautifully reproduced flora and fauna praised by Sir Joseph Banks for their accuracy.  This luxury went the way of most things and was taxed under Queen Anne, a tax that remained in place for 124 years (1712 -1835). The repeal of this tax galvanised the Victorian mass-production techniques, producing cheaper, but still beautiful papers.  In its infancy commercial dyes still had not produced an effective green, arsinc was used, in 1860 a number of children’s deaths were attributed to wallpaper.  William Morris bowed to public pressure and advertised his wallpaper as ‘arsenic-free’ despite refusing to accept it was the culprit.

Wallpapers have gone through something of a renaissance recently, with big bold and graphic prints in the design houses of Chelsea Harbour.  The 70’s designs, long derided are back in fashion.  Have a look at the spectacular designs at (www.wallpapersfromthe70s.com).  Digital printing (www.digitalwallpapercompany.co.uk) allows people to design their own paper, be it photographs, children’s painting, or for the more artistically aware designing their own repeating pattern.  The options are endless.

Below some of the wallpapers used in recent projects from a variety of companies, Thibault, Laura Ashley and Hannah Nunn.  Each giving their own personality to the bedroom. 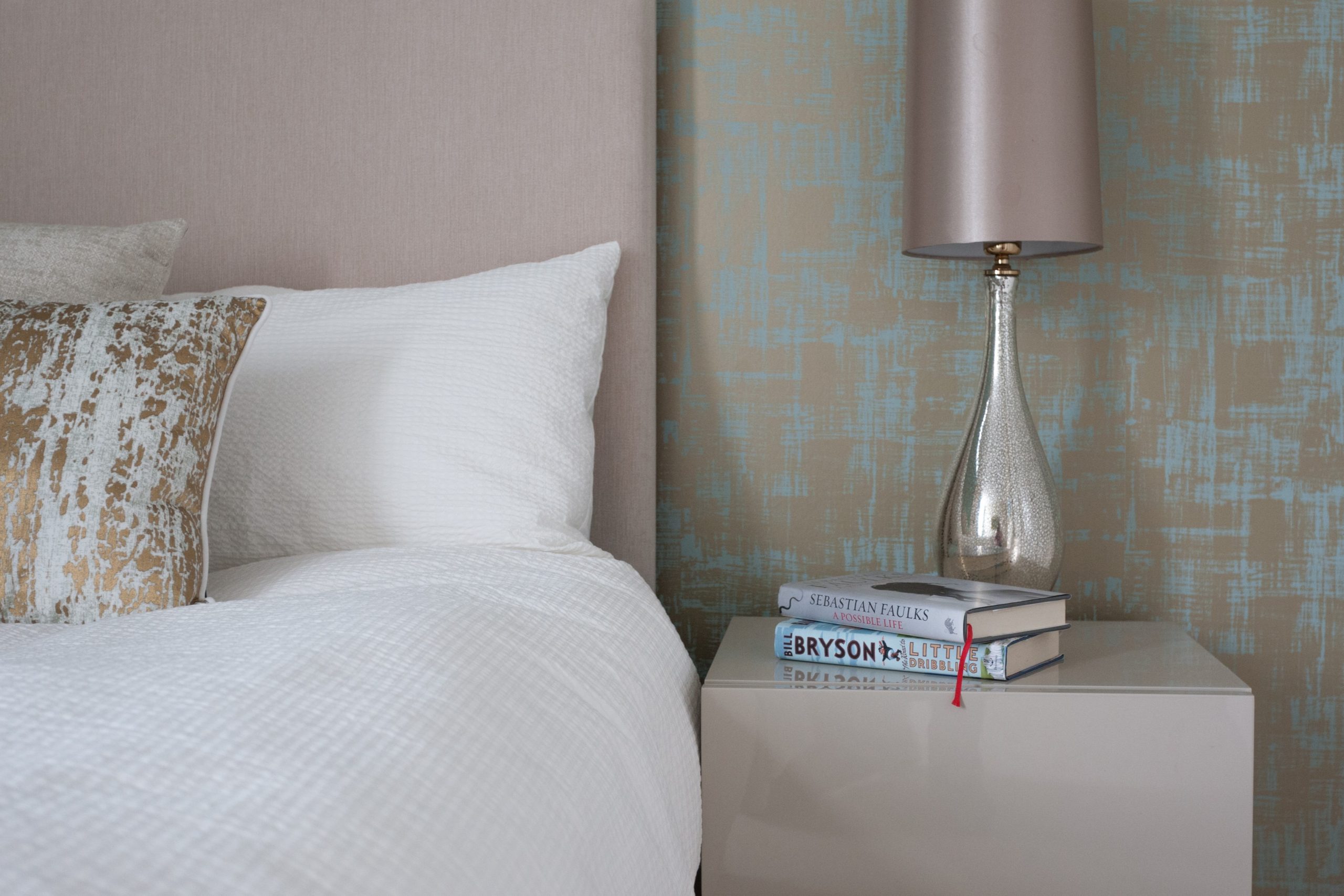 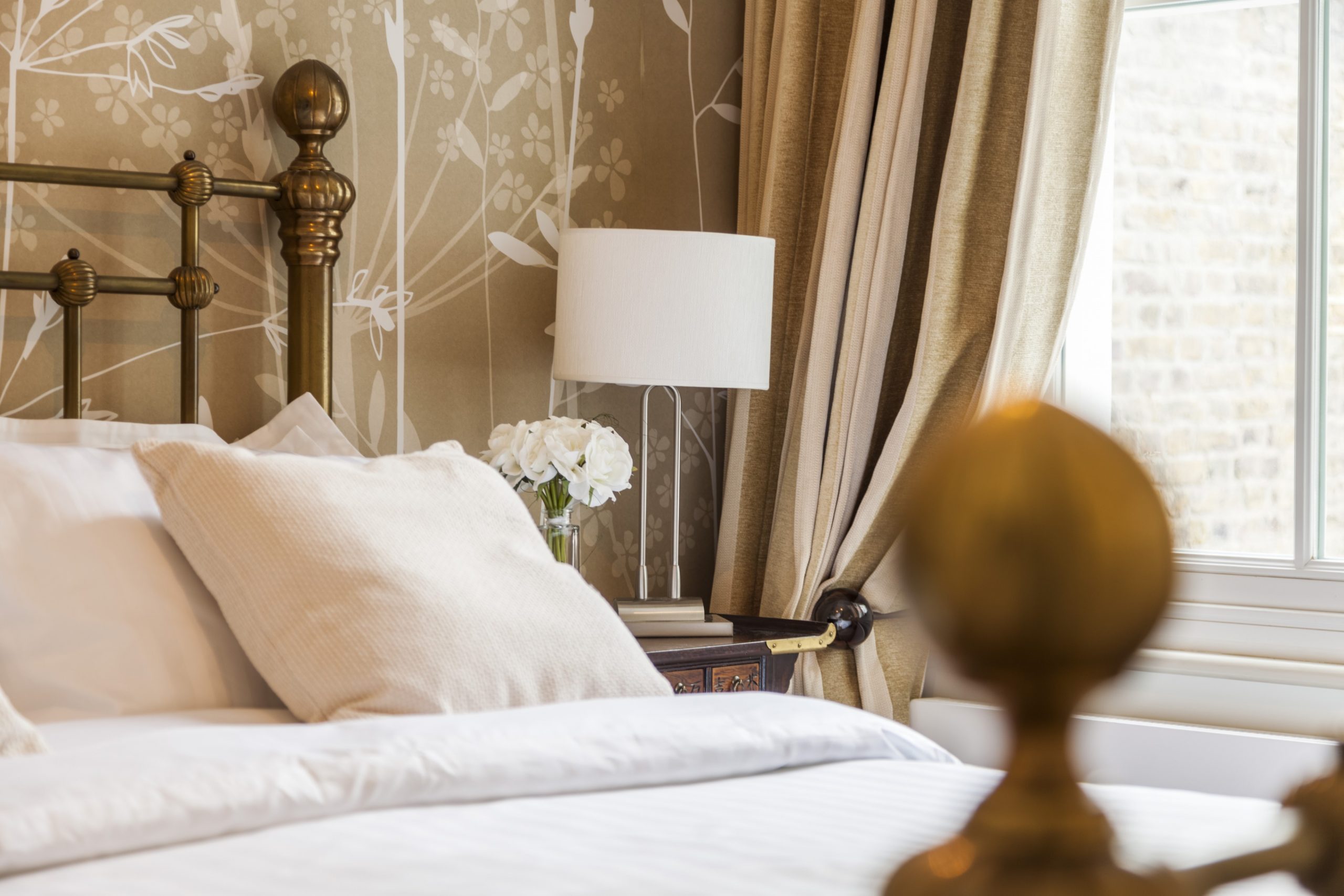 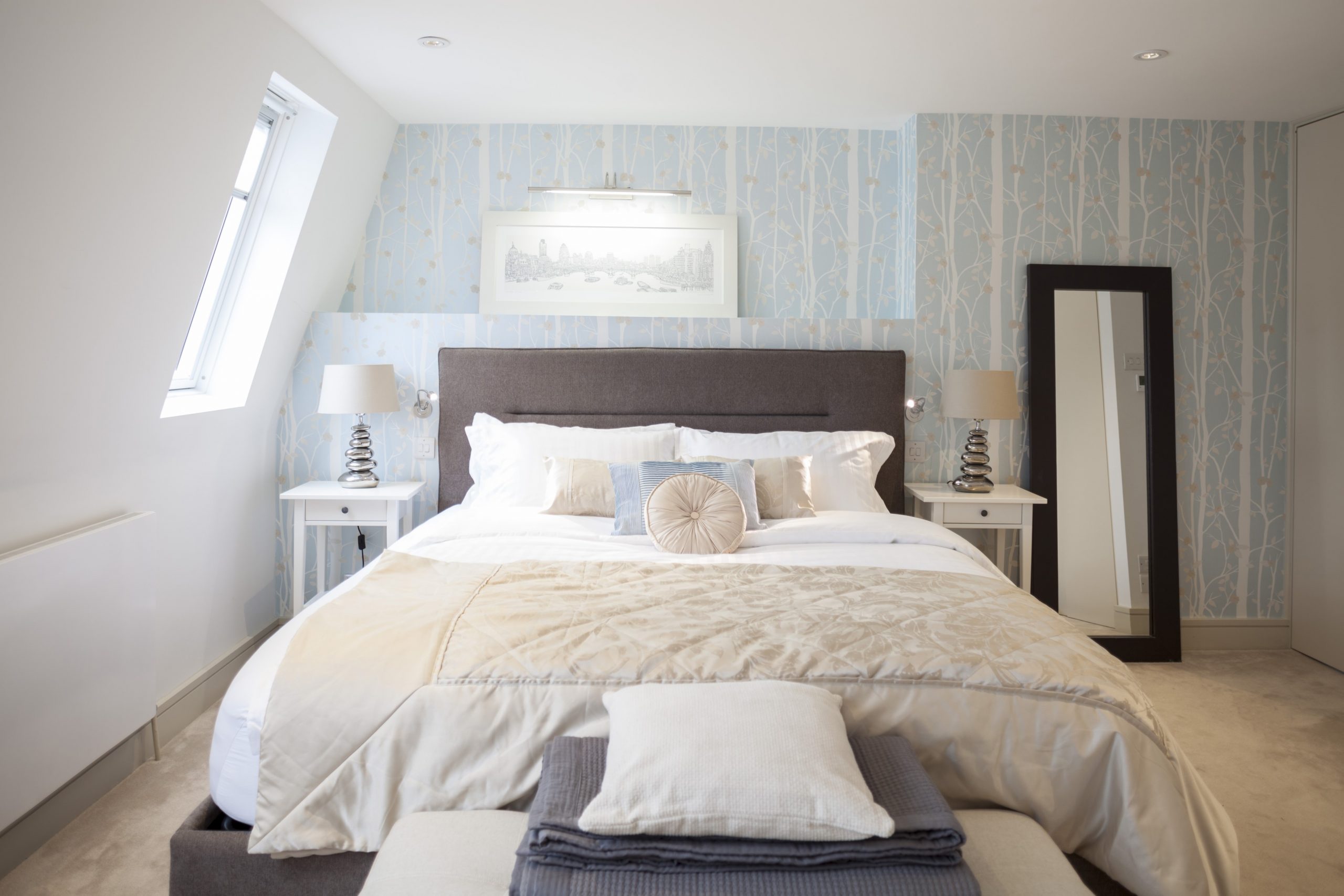